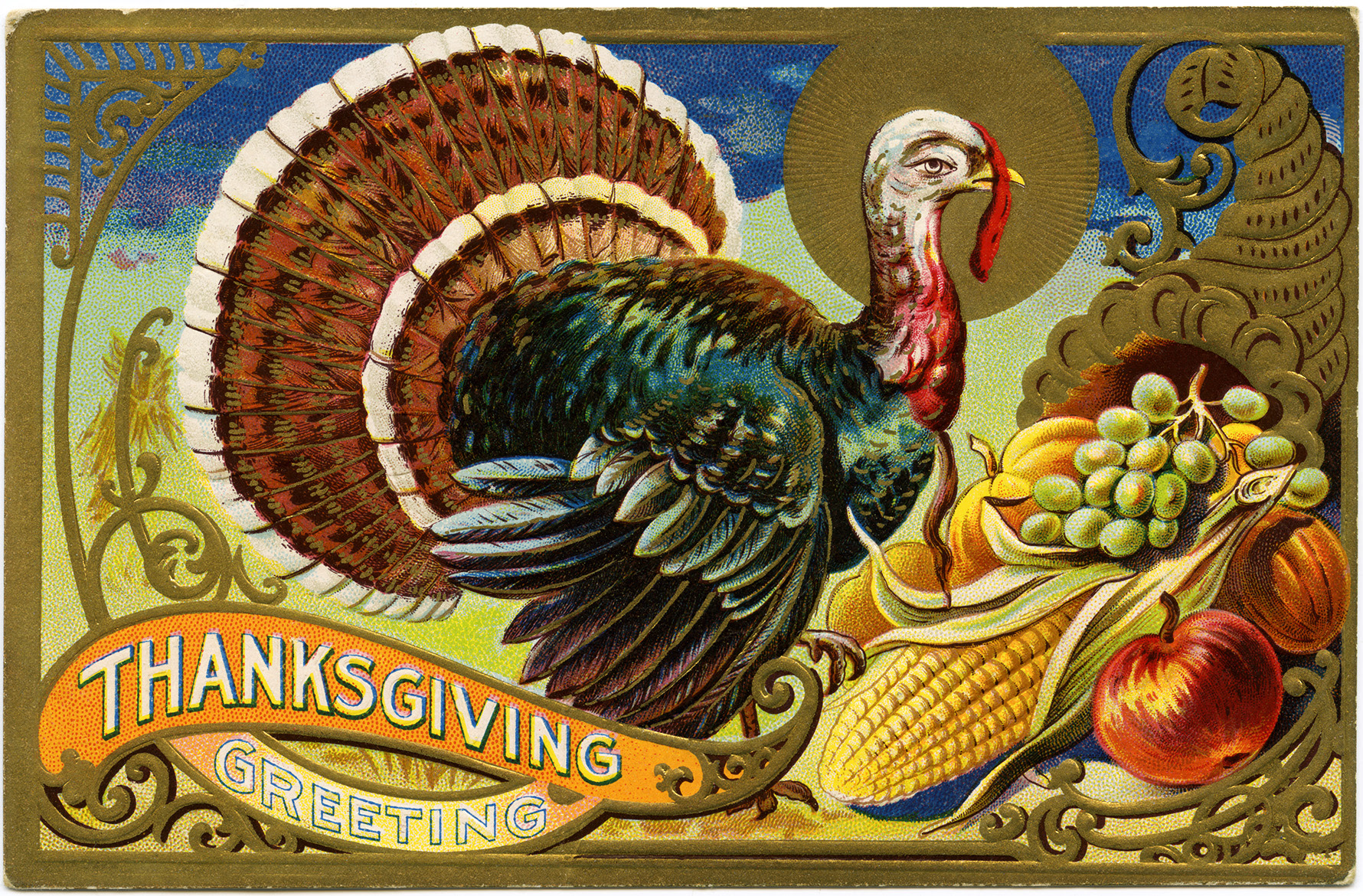 Hi, Everyone.  Are you ready for Thanksgiving?  Pies in the oven? Turkey brining?
It feels like Winter today. We didn't get any snow, but it's been really cold and really windy this morning.
I popped the pumpkin pie in the oven, sat down to do a quick post, and the power went out. Yikes!
Thankfully, it wasn't off too long, so the pie was ok. I really wasn't looking forward to braving the crowds at the grocery store to buy another pie...if there were any left.

I was looking for a fun indoor activity to do tomorrow, and ran across this Thanksgiving trivia quiz.

I'll print questions and answers on cards, and each guest can choose one to read.
Here's the link for other fun ideas, too. 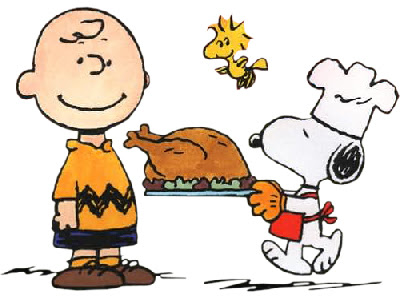 What year was A Charlie Brown Thanksgiving first on tv?

Wikipedia Answer:
It was originally aired on the CBS network on November 20, 1973, and won an Emmy Award the following year. As of 2012, the special is aired every November in prime time on the ABC network.

What was the first Peanuts character to appear as a balloon in the Macy's Thanksgiving Day Parade?
Answer:  Snoopy

Here's a link to tell you all about the different Snoopy balloons, over the years.
http://abcnews.go.com/blogs/entertainment/2013/11/snoopy-gets-a-face-lift-in-macys-thanksgiving-parade/

Good grief! It's time to get back into the kitchen.

Sending y'all hugs and warm wishes for a Happy Thanksgiving.
xo Babs

The Dedicated House ~ Make it Pretty Monday
Rain On A Tin Roof ~ Give Me the Goods Monday
Between Naps On The Porch ~ Metamorphosis Monday
A Stroll Thru Life ~ Inspire Me Tuesday
Coastal Charm ~ Nifty Thrifty Tuesday
Our Home Away From Home ~ Tuesdays at Our Home
Confessions of a Plate Addict ~ The Scoop
Cuisine Kathleen ~ Let's Dish ~ Wednesday
Savvy Southern Style ~ Wow Us Wednesday
A Southern Daydreamer ~ Outdoor Wednesday
Ivy and Elephants ~ What's It Wednesday
StoneGable ~ Tutorials, Tips and Tidbits ~ Thursday
Between Naps On The Porch ~ Tablescape Thursday
No Minimalist Here ~ Open House Party Thursdays
The Tablescaper ~ Oh, The Places I've Been~Thursday
Have a Daily Cup of Mrs. Olson ~ Share Your Cup Thursday
Lamberts Lately ~ Create It Thursday
My Turn for Us ~ Freedom Fridays Blog Hop
Common Ground ~ Be Inspired Friday
The Charm of Home ~ Home Sweet Home Friday
The Thrifty Groove and A La Carte ~ Thrifty Things Friday
The Dedicated House ~ Anything Blue Friday
The Jenny Evolution ~ Friday Flash Blog
The Polohouse ~ Favorites on the First
Posted by Babs at 2:12 PM

Hi Babs- I'm glad you got the pie baked! We got snow and plenty of it! I'm bringing pies to the family gathering. We head out in the morning. I like your idea for the question and answers- that's fun!
Have a wonderful blessed Thanksgiving Day!

How fun, Babs!! Wishing you and your family a Happy and Blessed Thanksgiving!!

What fun trivia questions! I learned something new today. We actually watched a show on the history channel this morning about the Mayflower voyage that was interesting too. Hope you have a great Thanksgiving. Keep warm too!

Babs,
Our son was born in 1973. . .and he was a HUGE Charlie Brown fan in his childhood!!! His bedroom was totally Peanuts!!! Guess that's why I knew the trivia answer.
Have a Blessed and Happy Thanksgiving,dear freind!!!
Fondly,
Pat

I've enjoyed getting to know you this year; I am truly thankful for my sweet blogging friends. I hope you and yours have a Happy and Blessed Thanksgiving!

What a fun post! I enjoyed the quiz. Actually, I always enjoy quizzes. :-) Happy Thanksgiving to you and yours. And thank you so much for stopping in at Cranberry Morning!

What a fun post! I missed a few more than I thought, but that's what makes it fun! Thanks for sharing.
I hope you have a very happy and blessed Thanksgiving.
Hugs,
Patti

Hi Babs! This was cute and I know none of the answers to those questions! :)
Hope you're having a blessed Thanksgiving.
Be a sweetie,
Shelia ;)

Cute idea, Babs. I'll share this with a friend who has a large family and likes to have an activity.

I hope you like my photos. If you'd like to borrow one, please link back to me. Thanks.